Belize has a small open economy, and its principal sectors are currently agriculture and manufacturing, which primarily includes agro-products such as sugar and citrus products, bananas, cacao. However, the tourism industry is the number one foreign exchange earner. The government’s expansionary monetary and fiscal policies, initiated in September 1998, led to a strong GDP growth averaging nearly 5% in 1992-2005. The relative strength of the Belizean economy include an abundance of land, forest and water resources, Belize proximity to the US market, and the country’s historically close ties to the United Kingdom. Belize’s environmental resources also create substantial opportunities in the nature-based tourism market. Today ecotourism is increasing in the country.

The financial system of Belize is comprised of the Central Bank and a number of financial institutions. The Belize dollar is the official currency in Belize. 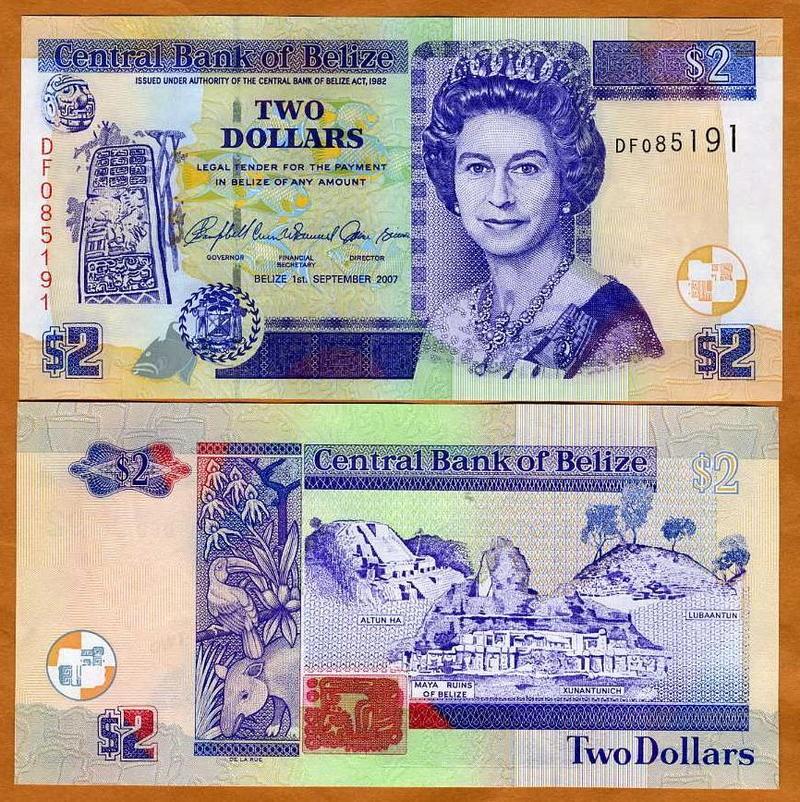 It is normally abbreviated with the dollar sign $, or alternatively BZ$ to distinguish it from other dollar-denominated currencies. It is divided into 100 cents.